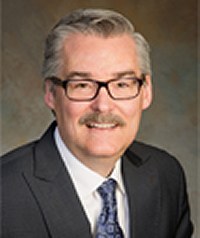 Bob D. Heinrich joined VCA Code as a Senior Vice President in 2019 and promoted to President in 2020. Mr. Heinrich has over 35 years of experience in the building safety industry. He brings both public and private sector experience after owning several of his own companies and dedicating his time to ICBO/ICC for nearly 20 years. Mr. Heinrich was the last CEO of the International Conference of Building Officials (ICBO), publisher of the Uniform Codes, first CEO of the merged International Code Council (ICC), and publisher of the International or “I” Codes. He led the final merger and creation of ICC, bringing three parent companies and seven subsidiaries together to create a consolidated building codes and standards organization.

Mr. Heinrich also has Building Official and Building Department experience after spending over five years as the Chief Building Official for the City of Anaheim. During his tenure as C.B.O., Disneyland Park began its billion dollar Star Wars expansion, the City Convention Center expansion was completed, and the ARTIC transportation center was completed in addition to nearly a dozen new and remodeled hotels and major structures.

A driver in the industry, Mr. Heinrich also currently serves on the Board of Governors of the ICC Global Membership Council and acts as the liaison to the ICC Major Jurisdictions Committee after having served on several other industry boards and councils. He has also started his own business consulting firm and separate fire protection company to assist the industry in two areas that are important to him: building development and fire safety. Mr. Heinrich has a varied and extensive background, and his leadership is exceedingly valuable to both public and private sector clients.