Considering the Impact of Building Code Revisions on Structural Design

In past code cycles, VCA has provided in-depth analysis of code revisions and how they affect residential construction. On schedule for January 1, 2014 is the 2012 IBC, and for California, the 2013 CBC. Both promise a host of changes. One structural item impacting all buildings, the ASCE 7-2010 standard, will change seismic loading. In a few locations, these changes look to be dramatic. For example, a multi-story wood-framed building would be affected as follows:

Base shear is essentially the percentage of building weight used that must be converted into seismic forces and distributed throughout the structure. With the exception of the North of Santa Paula location, which is not a typo, none of the increases shown result in base shears as high as those used in the UBC era. Many engineers have been expecting dramatic changes throughout California, but as the list above shows, this is generally not the case. In fact, many buildings in San Diego can now be designed for a base shear force of not more than 10% of the building weight, which is about half of what was required with the UBC.

In addition to structural codes, big changes will occur with accessibility since the ADA standards are incorporated as a model code and amended in an effort to eliminate the conflicts between Federal and State laws. VCA Code has available a limited number of copies of the new Chapter 11B, which is applicable to most commercial uses. Please contact Tim McCormick at 714-363-4700, ext. 751 for a copy.

In the world of CALGreen and energy, the codes continue to ratchet up restrictions on energy use. Design teams will be required to be more aggressive with energy conservation strategies, and budgets for testing and commissioning will be impacted. According to Moe Fakih, Director of Sustainability at VCA Green, lighting control systems will need to be acceptance tested for Title-24 and the building commissioning scope has expanded to include design phase commissioning to verify energy conservation measures.

Some Changes Will Be Surprising

According to Charles “Russ” Russell, Vice President of VCA Code, some of the changes are sure to be surprising. For example, existing buildings constructed prior to 1994 with additions or alterations will be subject to new CalGreen and Civil Code requirements to upgrade all plumbing fixtures throughout the structure. CalGreen places triggers at 1,000 s.f. or $200,000 valuation for commercial, with residential triggered by any increase in conditioned space volume. The application and enforcement of these new provisions for existing multifamily structures promises to create some challenges.

The new 2013 California Engergy Code (CEC) requires a 30% increase in non-residential energy efficiency and a 25% increase for residential. In addition, the CEC boosts requirements on a number of prescriptive items, such as U-Factors, Solar Heat Gain Coefficients and mandates areas for solar ready roofs. For more specifics regarding energy requirements of either residential or non-residential contact VCA Green. We can help with all your energy modeling needs.

The extracurricular activities of VCA’s Tom Smith have filled up his spare bedroom with trophies. The latest is from the Prescott Rally in Arizona where Tom and Eddie Fiorelli won the U.S. Rally Championship Two-Wheel Drive Open Class (2WD Open) event. This event is known as a grueling 10-stage, two-day road race which occurs on closed dirt roads and covers a mixture of twisty mountain passes and high speed desert terrain. It is an annual race that attracted race teams across the U.S. Congratulations to Tom and Eddie. 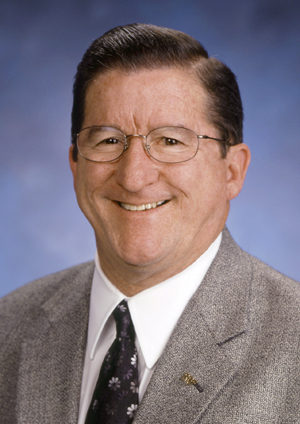